fiftypointeight Architecture + Interiors have added our name to the Architect’s Journal Retrofirst – a campaign championing reuse in the built environment. This is step 3 of our 2020 commitment to take action and set a good example to those we work with and those who follow us. “Architects work in a problematic sector of our economy. Worldwide, the construction industry consumes almost all the planet’s cement, 26 per cent of aluminium output, 50 per cent of steel production and 25 per cent of all plastics. Because of the way it gobbles up energy and resources, the industry’s carbon emissions are sky-high. While the UK construction industry has much to be proud of, it produces no less than 35-40 per cent of the country’s total emissions.

One reason construction consumes so much is because it is based on a wasteful economic model which often involves tearing down existing structures and buildings, disposing of the resulting material in a haphazard fashion, and rebuilding from scratch. According to the Department for the Environment, Food and Rural Affairs (Defra), of the 200 million tonnes of waste generated in Britain annually, 63 per cent is construction debris. We lose more than 50,000 buildings through demolition every year and, while more than 90 per cent of the resulting waste material is recovered, much of this is recycled into a less valuable product or material, rather than being reused.

So, if the case for retrofit of buildings is so clear-cut, why isn’t it already the default option? The barriers include a lack of policy in this area and the challenges of densifying urban and suburban areas while retaining existing buildings.

One of the most significant barriers is something of a quirk, a distorted system of VAT which props up the industry status quo. We pay 20 per cent VAT on most forms of refurbishment and renovation and typically between 0 per cent and 5 per cent on embodied carbon-guzzling new build. 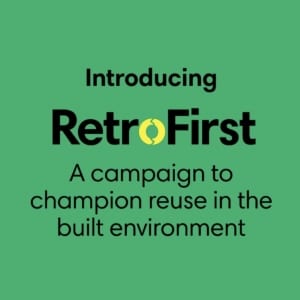